LUXEMBOURG--(뉴스와이어) 2022년 12월 01일 -- SES announced today that the new SES-21 satellite became operational today at the orbital position of 131 degrees West, after launching on October 4, 2022. Upon reaching its final fixed position and completing testing, SES will begin transitioning customers to the new satellite. SES-21 will enable SES to continue delivering C-band broadcast and radio services to millions of American homes, as well as provide other critical network communications services to the United States.

SES is launching five satellites as part of a broader Federal Communications Commission (FCC) program to clear a portion of C-band spectrum to enable wireless operators to deploy 5G services across the contiguous U.S. (CONUS). Satellite operators, including SES, have been tasked by the FCC to clear the lower 300MHz of C-band spectrum throughout the CONUS by December 2023. SES-21 is critical to that effort, enabling SES to transition existing services to the upper C-band frequencies while maintaining uninterrupted services for customers.

SES-20, the other C-band SES satellite launched by ULA in October, is scheduled to go into service before the end of the year.

“We are excited that SES-21 is now ready to serve our customers in the United States, and we would like to thank our partners at Boeing and ULA for their hard work in helping SES achieve this milestone,” said Ruy Pinto, Chief Technology Officer at SES. “ULA’s Atlas V rocket delivered SES-20 and SES-21 accurately to a near-geosynchronous orbit that enabled us to get SES-21 into service very quickly.”

More information on the SES-20 and SES-21 satellites can be found on the SES C-band in the U.S. newsroom.

About SES
SES has a bold vision to deliver amazing experiences everywhere on earth by distributing the highest quality video content and providing seamless connectivity around the world. As the leader in global content connectivity solutions, SES operates the world’s only multi-orbit constellation of satellites with the unique combination of global coverage and high performance, including the commercially-proven, low-latency Medium Earth Orbit O3b system. By leveraging a vast and intelligent, cloud-enabled network, SES is able to deliver high-quality connectivity solutions anywhere on land, at sea or in the air, and is a trusted partner to the world’s leading telecommunications companies, mobile network operators, governments, connectivity and cloud service providers, broadcasters, video platform operators and content owners. SES’s video network carries about 8,000 channels and has an unparalleled reach of 366 million households, delivering managed media services for both linear and non-linear content. The company is listed on Paris and Luxembourg stock exchanges (Ticker: SESG). Further information is available at: www.ses.com. 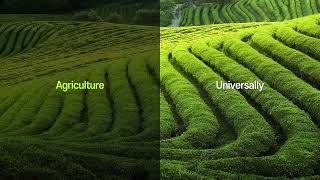 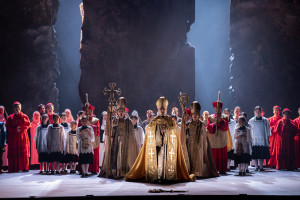